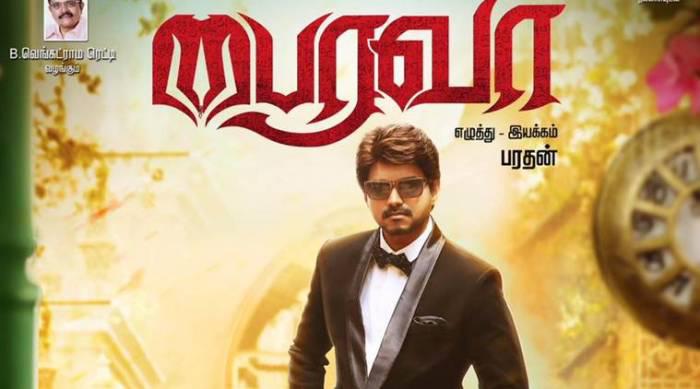 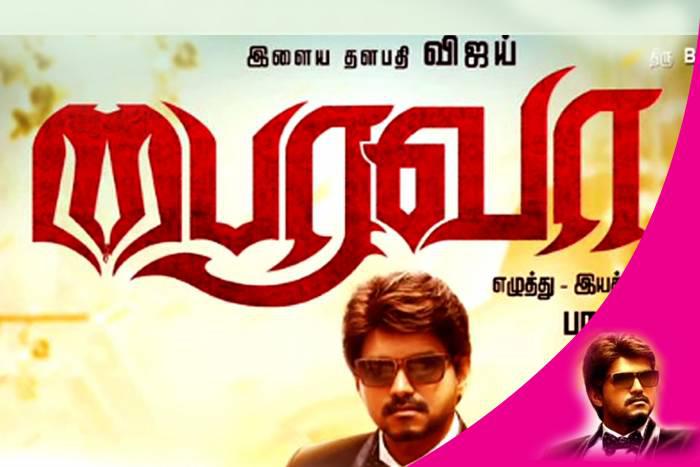 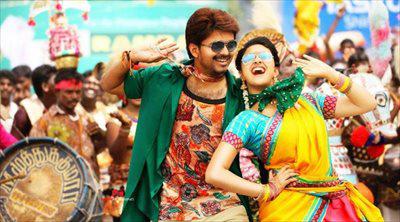 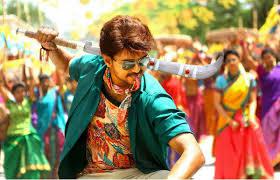 Bairavaa is a 2017 Indian Tamil-language action film written and directed by Bharathan and produced by Vijaya Productions. The film stars are Vijay and Keerthy Suresh in the lead roles, while Sathish, Jagapathi Babu, Daniel Balaji, Mime Gopi, Sreeman and Sija Rose amongst others play supporting roles.

The music is composed by Santhosh Narayanan, the cinematography is handled by M. Sukumar and the film is edited by Praveen K. L. After entering production in early 2016, the film progressed under the tentative title of Vijay 60, before being named as Bairavaa during September 2016.

Bairavaa (Vijay), a collection agent for ICCI Bank in Chennai, is a righteous person who is willing to employ even violent means to get back the money from the debtors. During his manager’s daughter’s wedding, he comes across Malarvizhi (Keerthy Suresh), a medical student from Kallidaikurichi in Tirunelveli district, and immediately falls in love with her. When he goes to the CMBT to propose Malarvizhi before she leaves Chennai, he notices her cornered by a group of thugs who plan to kill her as she was allegedly involved in an attack on an Union Minister’s son Charan (Roshan Basheer), however they back off after receiving a call from one Periyakannu alias PK (Jagapati Babu) from Tirunelveli, who tells them not to harm her.

Bairavaa confronts Malarvizhi, who tells him why PK spared her life. Malarvizhi studies in PK Medical College in Tirunelveli, whose chairman is PK, a criminal don and politician who runs Tirunelveli along with his right-hand man Kottai Veeran (Daniel Balaji). The college has no basic facilities, including a proper building and good doctors. Malarvizhi and her friend Vaishali (Aparna Vinod) lodged a complaint against the college to the MCI, who decided to blacklist the college after noting the poor facilities.

To save his reputation, PK made a deal with the MCI officials to revoke the suspension in exchange for them having sex with a girl from the college. Vaishali, who was the girl chosen by the officials, was found raped and killed the next morning. Malarvizhi’s father (Aadukalam Naren), a sincere police officer, began an investigation into PK’s involvement in Vaishali’s death, but he too was killed by PK in retribution. After her father’s death, Malarvizhi dragged PK to court, where the judge declared that Malarvizhi should not be expelled and must not be harmed till the case is resolved, even though she had filed the complaint against PK.

During the marriage, Malarvizhi had given the video evidence of Vaishali being raped to Charan, who was later attacked by PK’s henchmen, who then took away the video evidence. Bairavaa, on hearing Malarvizhi’s story, decides to help her fight PK and get justice for Vaishali and leaves for Kallidaikurichi with her.
Posing as an Income Tax officer, Bairavaa conducts a raid at PK’s mansion, taking away all the evidence which holds PK responsible for Vaishali’s death. PK soon realises that Bairavaa is after him and a cat-and-mouse game begins between Bairavaa on one side and PK on the other side.

In the process, PK gets back the evidence and destroys them, leaving Bairavaa with no evidence to implicate PK, though he manages to get one more week’s time from the court to get the required evidence. Meanwhile, Kottai Veeran’s wife, who was terminally ill, passes away. Bairavaa decides to take advantage of Kottai Veeran’s love for his wife to get him on his side and make him approver against PK.

He switches PK’s asthma inhaler with nitrous oxide. PK, who inadvertently inhales the gas before going to Kottai Veeran’s wife’s funeral, begins to laugh uncontrollably, even during the funeral, causing Kottai Veeran to turn against him and accept Bairavaa’s offer of becoming approver against PK. In revenge for betraying him, PK confronts Kottai Veeran and hacks him to death.
Bairavaa decides to finish off PK once and for all as that is the only way he can now get justice for Vaishali.

He frames PK for plotting to assassinate the Prime Minister of India while he is on the way to the Kudankulam Nuclear Power Plant. The news spreads like wildfire and soon it is ordered to shoot PK on sight. PK, realising that he is cornered, tries to kill Bairavaa before he dies, but Bairavaa manages to dodge him. He then disguises himself as a NSG commando and kills PK.

The verdict is declared in favour of Bairavaa and Malarvizhi. PK’s henchmen are arrested while the students of PK Medical College are shifted to another college. Bairavaa, while supporting private colleges, says that it is important that the person heading such colleges are honest and sincere enough to ensure that the students are safe and receive a good education.

Nearby Listings in Perth