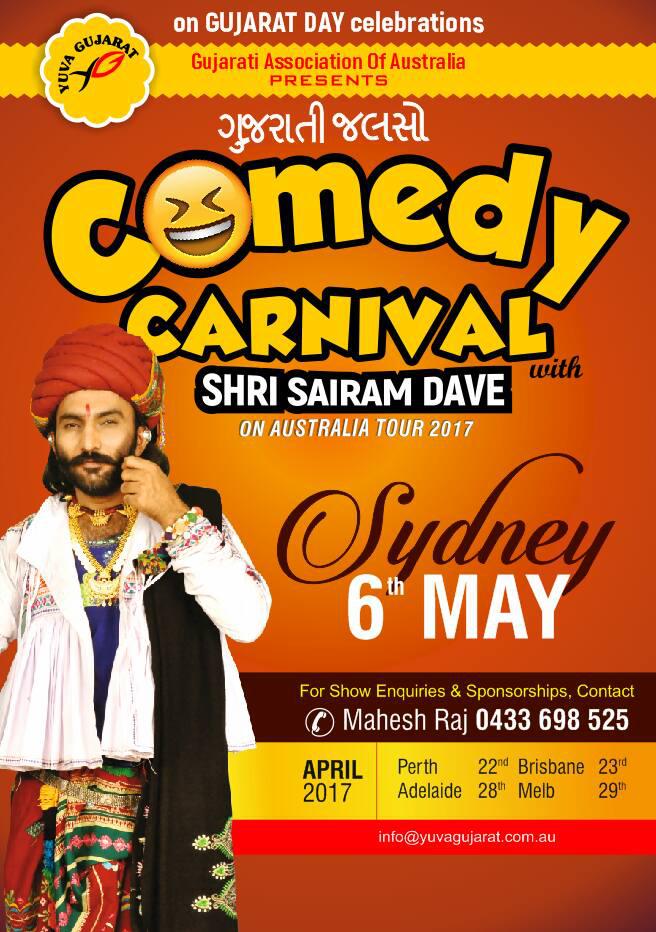 Yuva Gujarat Proudly Bringing “GUJARATI JALSO” COMEDY CARNIVAL On Celebration of GUJARAT DAY..with shri Sai Ram Dave 2017 Tour Australia wide.  n International Artist Sairam Dave is Kathiyawad born such a humorist who is capable of refreshing your tiredness of 365 days in just 3 hours. He lives in Gondal city which is known for his Highness Bhagwat Sinh.

Other than being a humorist, he is Principal in a primary school in Gondal and a poet. ALSO He is the youngest humorist in Gujarat receiving huge popularity from his fans. He was also honored Gaurav Puraskar by Government of Gujarat.

Nearby Listings in Brisbane