GujjuBhai The Great Gujarati Movie in Sydney on 12th Dec 2015 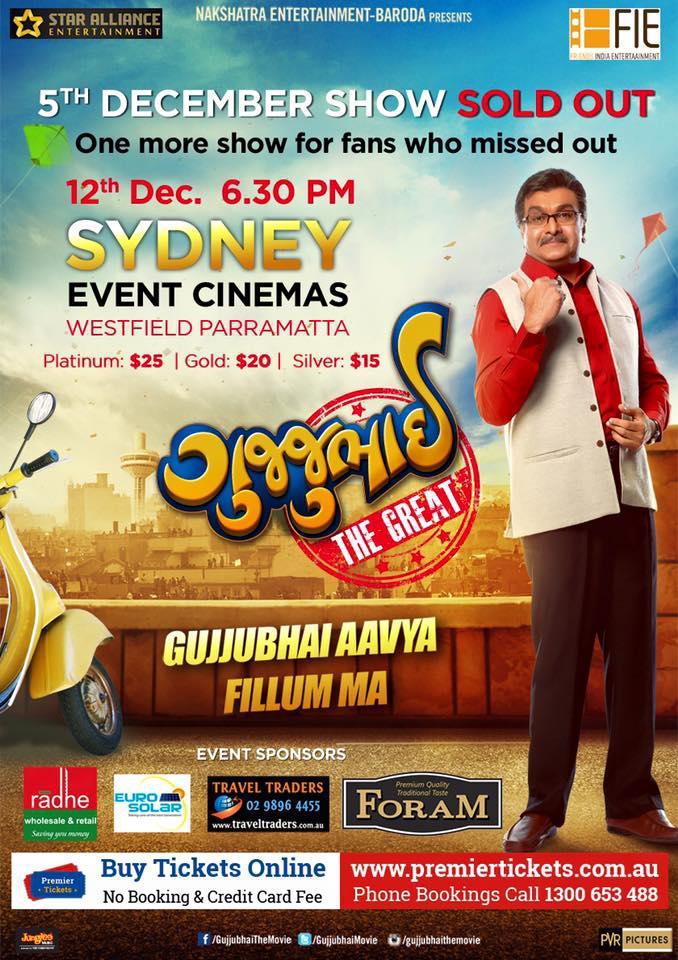 GujjuBhai – The Great is an end-to-end Gujarati comedy entertainer starring Siddharth Randeria in the lead and directed by his son, Ishan Randeria.

Siddharth Randeria is a big name in Gujarati plays and his “Gujjubhai” series of plays have been enacted hundreds of times in India as well as abroad. Him taking a plunge in Gujarati movies was just a matter of time.