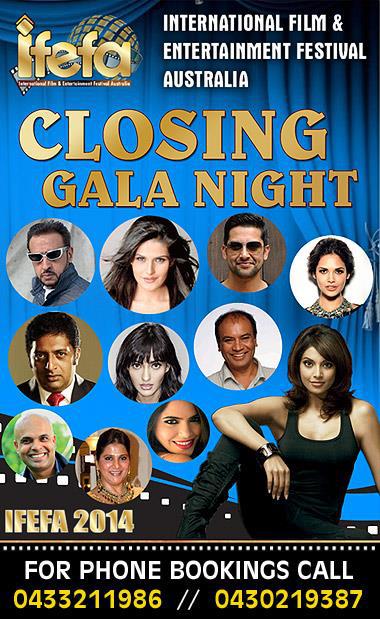 The culmination of the IFEFA Film Festival is the Awards Ceremony. Be part of the award ceremony, honouring winners of the Films, Dance Competition & Pageant. Awards to the guest celebrities at IFEFA 2014, loads of dance and musical performances by the local and overseas artists.

Attended by a number of actors, directors and producers the gala would with the most star studed night in Sydney. Celebrate the ground-breaking work showcased during the Film Festival.