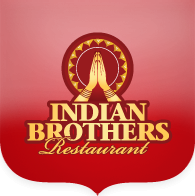 A History of Indian Food

The heritage of North Indian culture is as rich and vibrant as any in human history.

As far back as 2500BC large, spacious cities were built with well made streets and luxurious homes.

These Indus Valley civilisations began a timeless tradition which has lasted until this day.

The lifestyle of these ancient people centred around community, culture and a love of fine food.

In ancient Harappa, the ruins of opulent community baths were discovered along with well established crops such as wheat, barley, peas and sesame.

Here was the birthplace of the Indian Tandoor clay oven, a cooking device which allows temperatures as high as 480°C to cook meats quickly and thoroughly.

Much later the Aryan influence from central asia brought a renewed focus on religion and together with the phiosophical poetry of the Vedas a deeply thoughtful relationship with the environment began.

Invasions by the Greeks under Alexander the Great brought new ideas and influences.

By 286BC one of the greatest of all North Indian Emperors, Ashoka the Great, unified the many tribes into into a single society.

This catalyst for change brought together culinary delights from disparate corners of the empire, allowing truly magical fusions of food to form.

Eventually the Mauryan empire dissipated until overthrown by the Guptas, a culture whose focus on art and literature gave birth to a golden era of Indian creativity and expression.

From Muslim rulers to the mighty Khans, the nation was pushed and pulled to satisfy the whims of powerful men.

What remained constant was the Indian people’s capacity to focus on simple things, to enjoy the pleasures afforded them by family, community and their love of food.

North Indian cuisine cannot be placed into strict classifications, it is a style that through thousands of years of uninterrupted history has continued to evolve.

Fresh herbs, along with pungent spices are blended in ways that have, over time, become closely guarded secrets.

Of course some of the tradition of North India remains elusively foreign to us in Australia.

There is only so much atmosphere that can be transported to distant shores.

At Indian Brothers we tap into our cherished traditions to bring you a taste that is unique.

Our combinations of succulents meats, fresh vegetables and authentic Indian spices bring a hint of North India to every meal we serve.

Each one of our restaurants has a genuine Tandoor oven in pride of place. Our chefs are trained in the authentic art of Tandoori cooking.

High heat for short periods thoroughly cooks meat while retaining flavour and tenderness. When combined with the right blend of herbs and spices, the results are memorable.

While we cherish our ancient homeland and ancestors, our heart belongs to the country which has welcomed us.

The Australian-Indian community is a unique one, a people who love the society which allows us to live out our dreams within surroundings that are the envy of the world.

We love to give back, and nothing pleases us more than giving the joy of good food to every customer we serve. Remember, when you dine with us, you’re family. We hope to welcome you soon.

Nearby Listings in Cairns