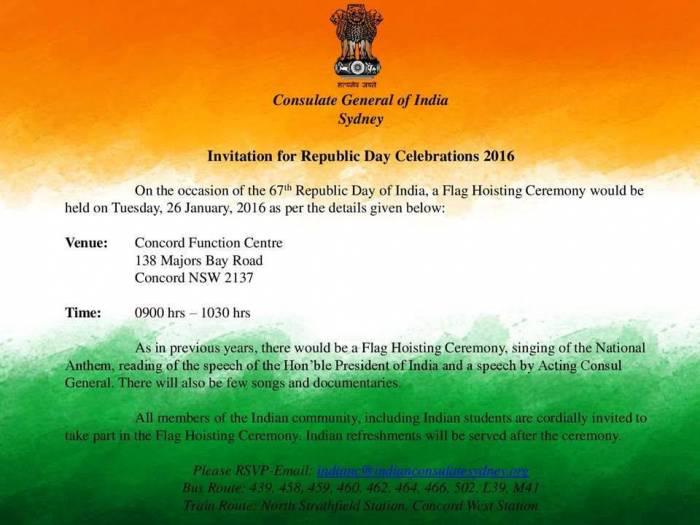 On the occasion of the 67th Republic Day of India, a Flag Hoisting Ceremony would be held on Tuesday, 26 January, 2016 as per the details given below:

As in previous years, there would be a Flag Hoisting Ceremony, singing of the National Anthem, reading of the speech of the Hon’hie President of India and a speech by Acting Consul General. There will also be few songs and documentaries.

All members of the Indian community, including Indian students are cordially invited to take part in the Flag Hoisting Ceremony. Indian refreshments will be served after the ceremony.

SHREYA GHOSHAL Live in Sydney on 21st August 2016
Performing all over the world, captivating audiences with her charming personality and above all her musical ability, Shreya will be bringing her evening of wonderful music at the Sydney Olympic Park Sports Centre on 21st August 2016.
3.58KM