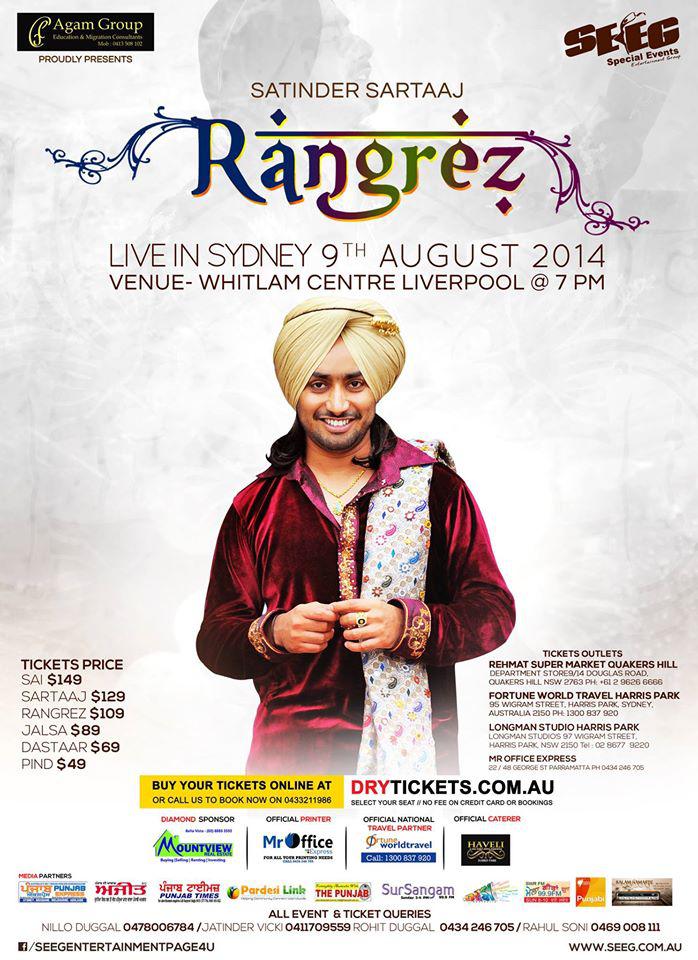 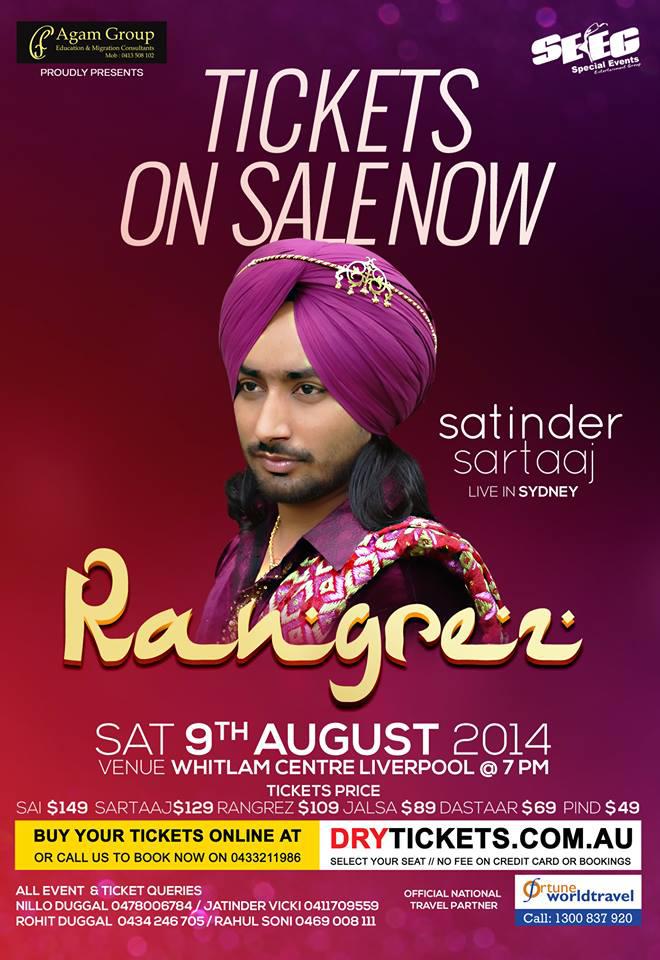 Satinder Sartaaj is a rare singer who is highly qualified, having earned a Doctorate. While most folk singers and movie singers in India are not known for their educational qualifications, Sartaaj is one of the younger crop of singers who have gone through the rigors of formal education. He obtained a degree in Music from Government College, Hoshiarpur. Satinder Sartaaj concentrated on his sufiana musical career having done his M. Phil in Sufi music singing and later a Ph.D in Sufi singing (gayan) from Panjab University, Chandigarh.He also teaches music at Panjab University. Satinder also completed a Certificate Course and Diploma in Persian language. It was in college, when he also started writing poetry and adopted his Takhallus (poetic name) Sartaaj.Satinder Sartaaj announced that the eagerly awaited album ‘Rangrez’ is released across the globe, and live performances of songs from the album will be sung by the Sufi prince on his australia tour across a number of venues.