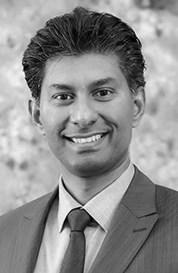 Principal Solicitor and the director at Victory Law.

He graduated from Deakin University in 2004 with a bachelor degree in law (LLB) and he was admitted to the Supreme Court of Victoria as Solicitor & Barrister. He also completed a post grad: Dip: in Legal Practice. He started in the property law section and initiated the Migration Law Practice at Oates Rennick Lawyers.

Dinesh formed Victory Law into an incorporated multi-disciplinary legal practice. He is experienced in a variety of practice areas including Criminal Law, Family Law and Immigration Law. Dinesh is the President of LawHelp Australia and the former treasurer of Eastern Suburbs Law Association (ESLA) of LIV. He is also a committee member of the Law Institute of Victoria Migration Law section. Dinesh is the producer of the CH 31 TV LawHelp programme.

Dinesh is fluent in Sinhalese and easily relates to clients.

Nearby Listings in Melbourne