Waar Pakistani Movie in Sydney Releasing on 15th May 2014 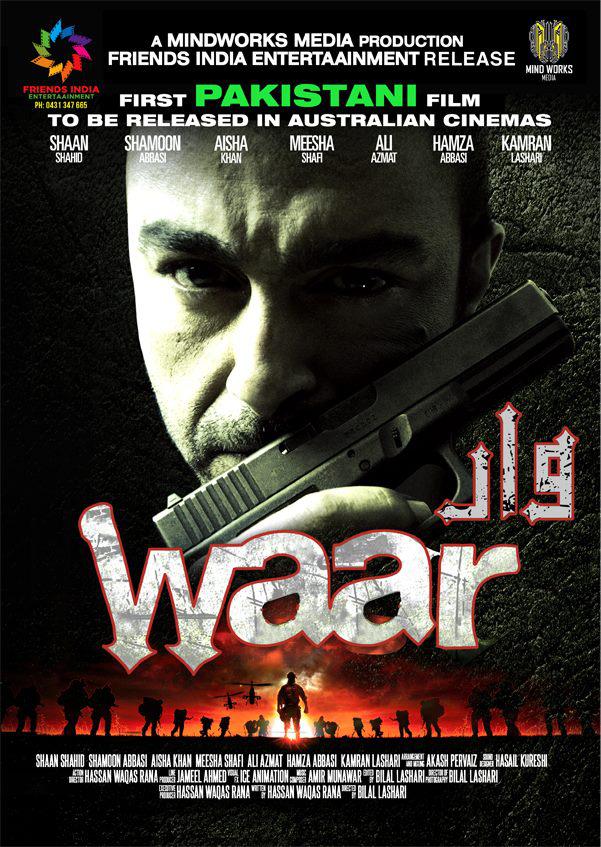 Waar Pakistani Movie Releasing in Sydney on 15th May 2014

First Pakistani Film To Be Released in Australian Cinemas.

The film is a stylized depiction of events surrounding the war on terror in Pakistan, including the attack on a Police Academy at Lahore in 2009.

Major Mujtaba (played by Shaan) is a former Pakistan Army officer, who took an early retirement from the service. The plot involves a counter-terrorism operation being conducted in the Northwestern tribal region of Pakistan, led by Ehtesham (played by Hamza Ali Abbasi) and coordinated by an intelligence officer played by Ayesha. Ehtesham and the intelligence officer come to know of a major terrorist attack that can only be countered with the help of Major Mujtaba.