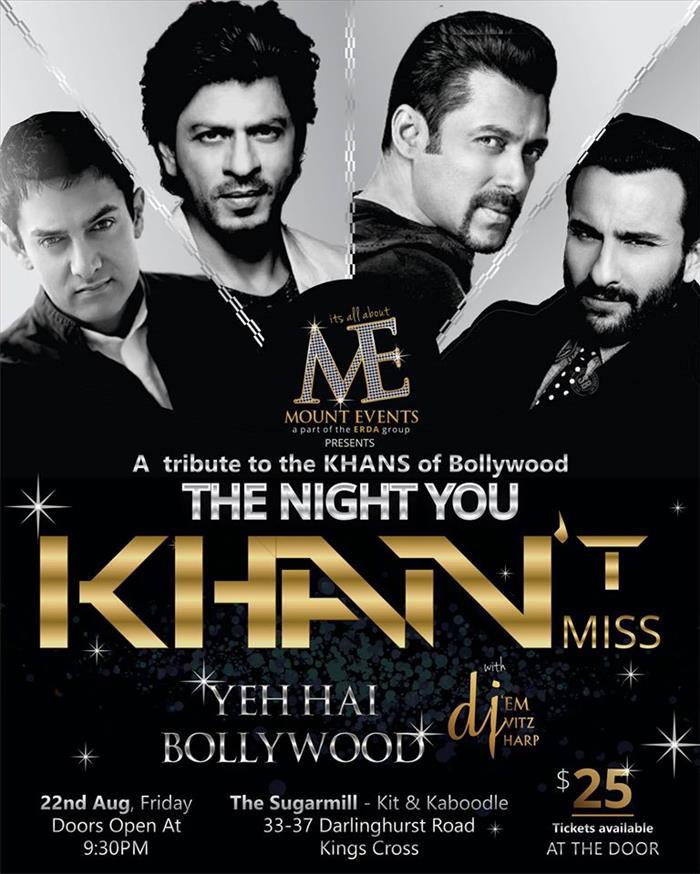 We are back and you KHAN’T miss this party….Mount Events is excited to present to you – “Yeh Hai Bollywood -August 2014, a Tribute to the Khan’s of Bollywood”. This KHAN’T be missed night is at one of Sydney’s classiest and happening venue – The Sugar Mill (Kit and Kaboodle Club) which is located at Kings Cross and within minutes walk from the Station.

Like always we promise to provide you with the best of music just the way you want it, which shall be performed by our resident DJs – EM, Harp and Vitz.

So whether you are a fan of the Khans, or a follower of Sallu bhai, a classy person for a classy venue or a Bollywood freak, you need to be there…..cause this is just for YOU, cause like we always say…..Its all about YOU !!!