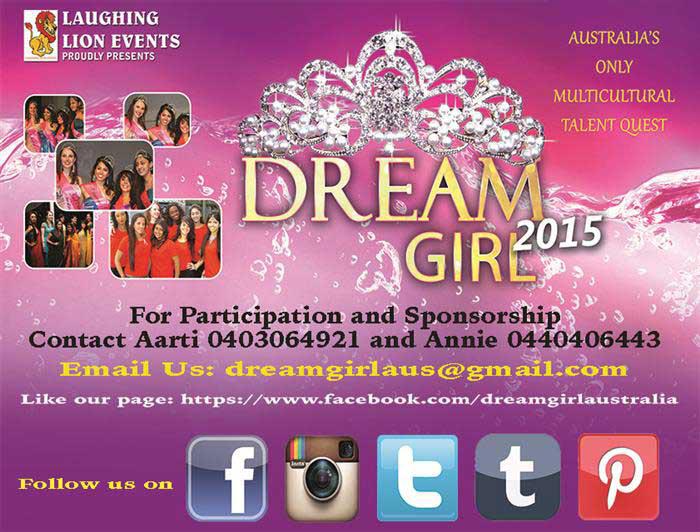 Become a sponsor and for the hottest event in Sydney this year!!!!!

After the success of two previous events. We are excited to share with you that we are now ready to host “Dream Girl Australia 2015”.

We invite girls above the age of 16+ to participate and show case their talent and have the chance to win a return ticket to india and plus the title of Dreamgirl 2015.

This Pageant is designed to showcase the talent of today’s modern girls in Australia, who are well aware of their culture as well as their present surroundings. Its aim is to embrace the Australian culture, as well as other cultures involved to show the best of both the worlds. The event is scheduled for 16th May 2015. We’re looking for that ‘one girl ‘who is diverse, refined and creative. She has a vision, and stands out in the crowd, not only for her confidence, talent, poise but compassion too. And last but not the least she should be a dreamer!

Become a sponsor and for the hottest event in Sydney

For Participation and Sponsorship