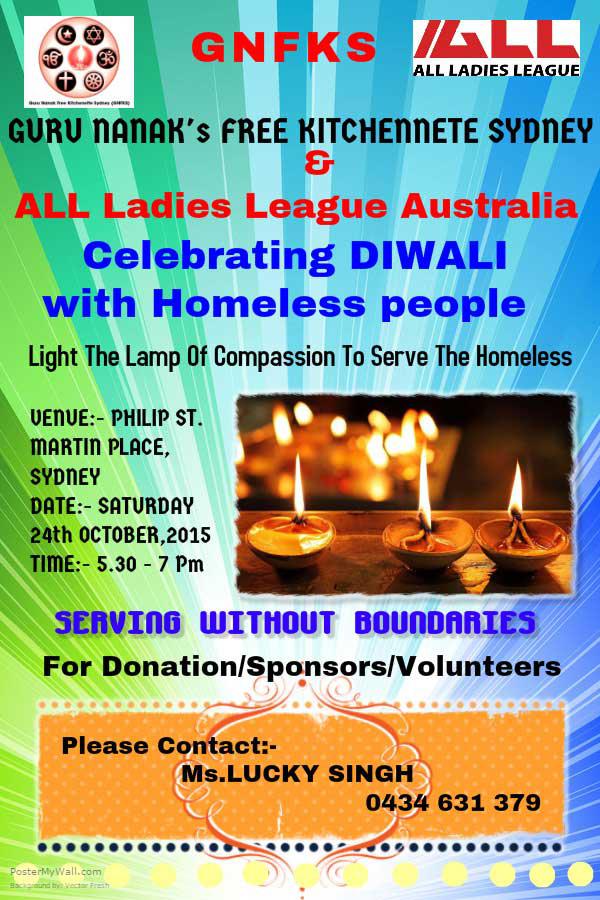 DIWALI is a reminder and an opportunity to “Be the change you want to see in the world!”.

Let us Light the lamp of compassion to serve the homeless.A small act of kindness can make a BIG difference.

(Free Food, Faith and Friendship with goodies/sweets would be served)

Do YOU want to be a part of this noble cause? the Please give us a Buzz or send message on LSINGH2k7@GMAIL.COM) Thanks.