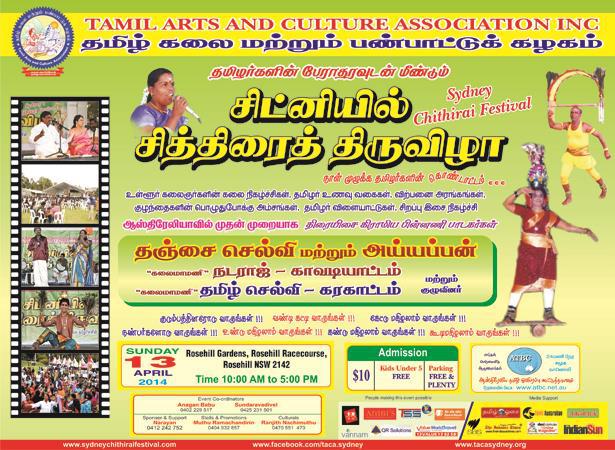 The Tamil Arts and Culture Association (TACA, Sydney)’s annual Sydney Chithirai festival (Sydniyil Chithiraith Thiruvizha) will be held on Sunday 13 April at the Rosehill Racecourse. Chithirai is the first month of the Tamil calendar, and 14 April is the Tamil New Year day.

Sydney Kite Festival 2016
Theres so much to do and see at the Festival of Unity,so if youre up for a great day out, then the only place to be onSaturday 16 January is down at Rosehill Gardens, parramatta forSydneys most visually exciting, fun-filled, family-friendly festival.
Website