Comedy Down Under tour of Australia 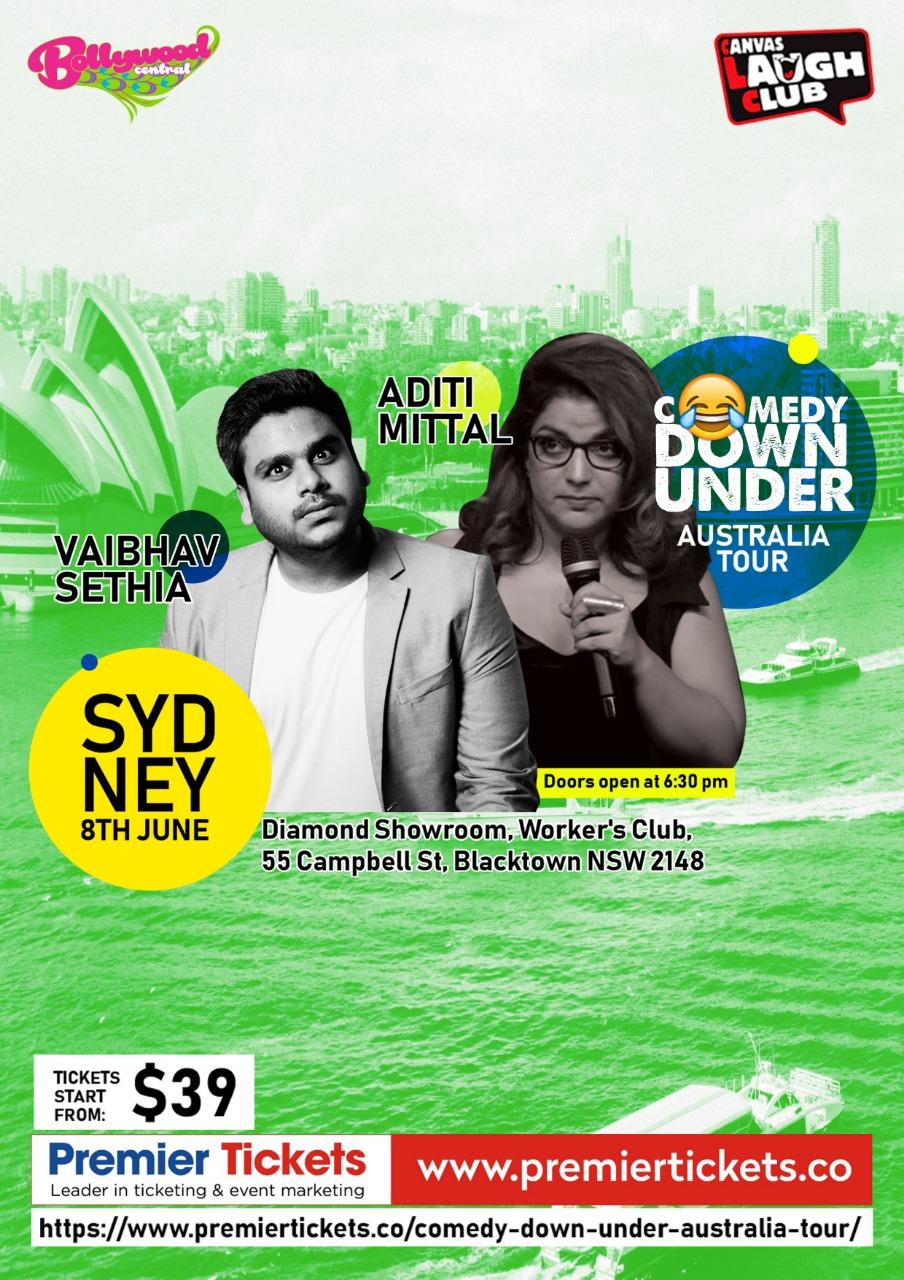 “Comedy Tour of Australia to tickle your funny bone”

Bollywood Central Australia & famous Indian Comedy Production House Canvas Laughing Club is proud to present crossover stand up act Comedy Down Under. They join hand to bring the best of Indian/ South Asian Comedians and Australian comic talent together for the best laughing entertainment for you in your cities.

In our first tour, we boast the acts of Aditi Mittal & Vaibhav Sethia touring the East coast cities of  Sydney, Brisbane, Adelaide and Melbourne along with local talents from the great Australian Cities.

Aditi Mittal is an Indian stand-up comedian, actress, and writer. Performed throughout India, as well as Australia, Britain, Haiti, Switzerland and the United States.

One of the first women to do stand-up comedy in India, Mittal has been rated amongst India’s top 10 stand-up comedians by The Times of India and has appeared on BBC, ABC and two Netflix specials with over 3 million followers on YouTube.

It was a bright sunny morning and Vaibhav hated it. So he slept again. He loves potential energy and hates kinetic energy. Laying in bed he scribbled what he calls 'bookmark moments' of life. Today he calls them jokes. Has toured throughout India, South Africa, Edinburgh and Australia. Vaibhav has more than 158k followers on YouTube.

Comedian, writer, and qualified (but not practicing) chartered accountant, Suren Jayemanne is fast becoming one of the must see acts in Australian comedy.