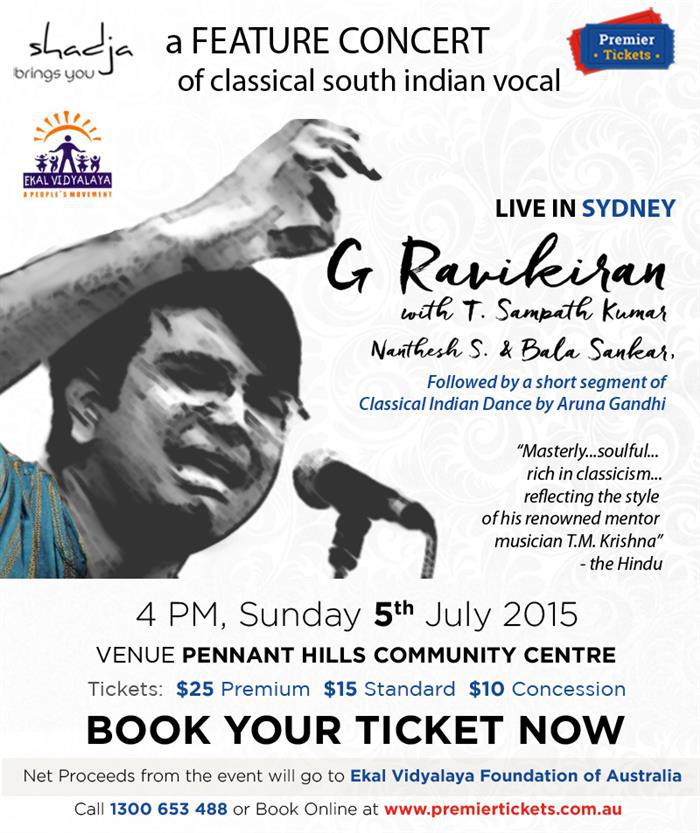 Followed by a short segment of Classical Indian Dance by Aruna Gandhi.

Net Proceeds from the event will go to Ekal Vidyalaya Foundation of Australia Call 1300 653 488 or Book Online at www.premiertickets.com.au/event/g-ravikirans-feature-concert-sydney/