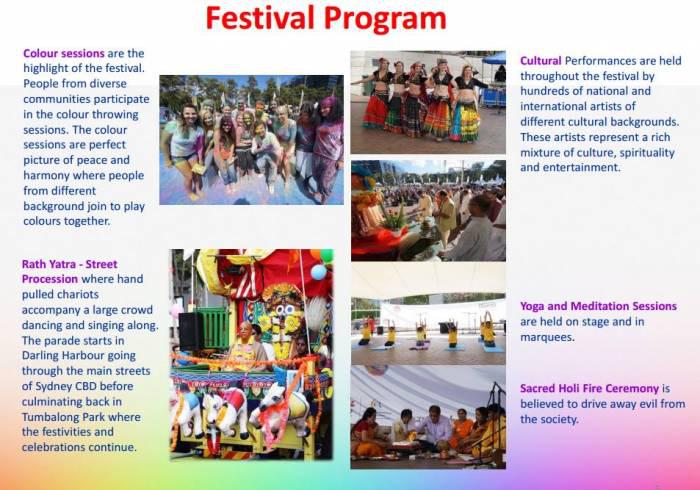 Holi Mahotsav is a festival of harmony, friendship and colors celebrated every year in March/April in Darling Harbour, Sydney.

Rath Yatra – Street Procession where hand pulled chariots accompany a large crowd dancing and singing along. The parade starts in Darling Harbour going through the main streets of Sydney CBD before culminating back in Tumbalong Park where the festivities and celebrations continue.

Cultural Performances are held throughout the festival by hundreds of national and international artists of different cultural backgrounds. These artists represent a rich mixture of culture, spirituality and entertainment.

Yoga and Meditation Sessions are held on stage and in marquees. Sacred Holi Fire Ceremony is believed to drive away evil from the society.