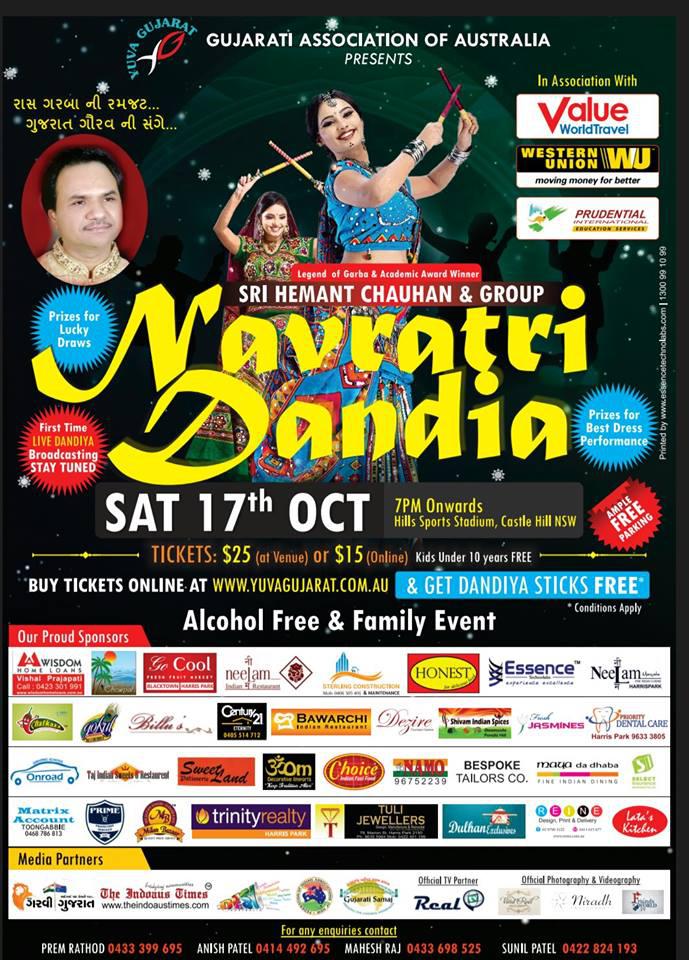 Lets Play Garba Dandia Raas and Navratri with The legend of garba and academic award winner Shri Hemant Chauhan and his group of finest musician.

It will be alcohol free family event.