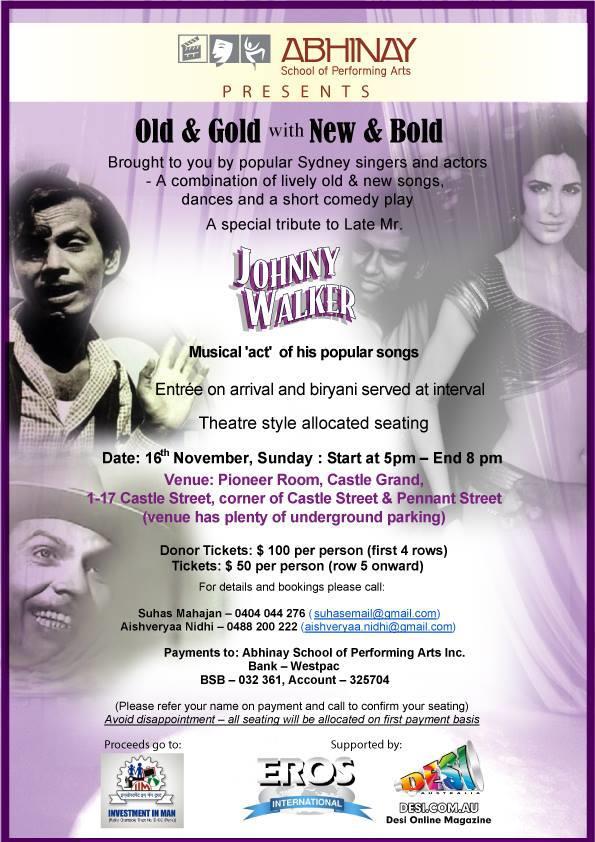 Come along to enjoy some old golden songs as well as some new ones with live bold dance performances and a comedy play too. Special attraction: Best local talent and special singer guest from India and artists from interstate.

Half the show already sold out. Buy your tickets before it gets sold out.

BOOK by paying to: Abhinay School of Performing Arts Inc.