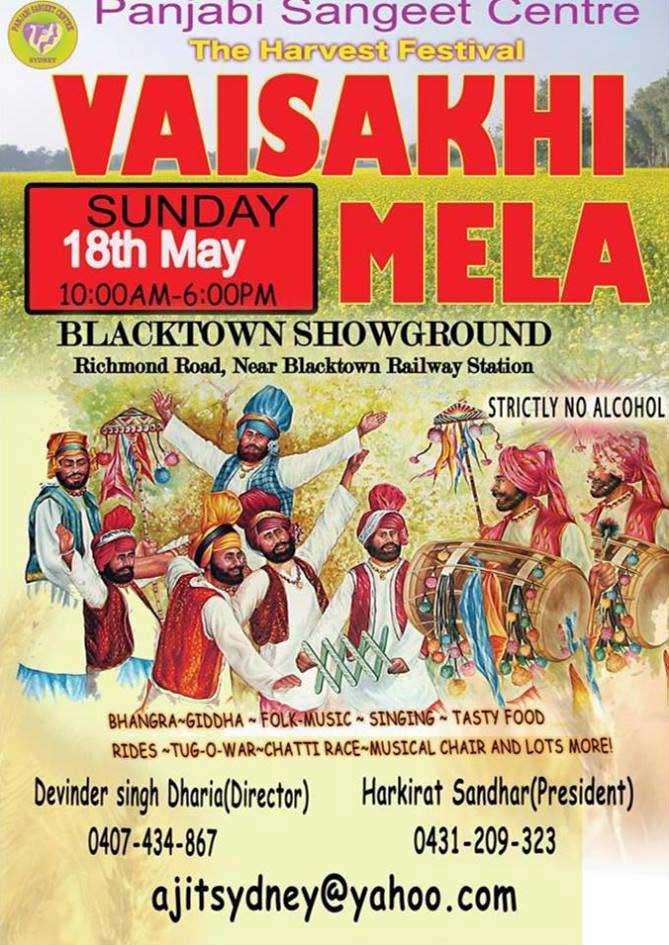 This is a Strictly No Alcohol Event

Vaisakhi also known as Baisakhi, Vaishakhi, or Vasakhi) is a festival celebrated across the northern Indian subcontinent, especially in the Punjab region by the Sikh community. More recently, this festival is also celebrated around the world by Sikh diaspora. For the Sikh community this festival commemorates the establishment of the Khalsa. It is also celebrated by Hindus and Buddhists for different reasons including the start of a new year. People in the Punjab Region regard Vaisakhi as a harvest festival.