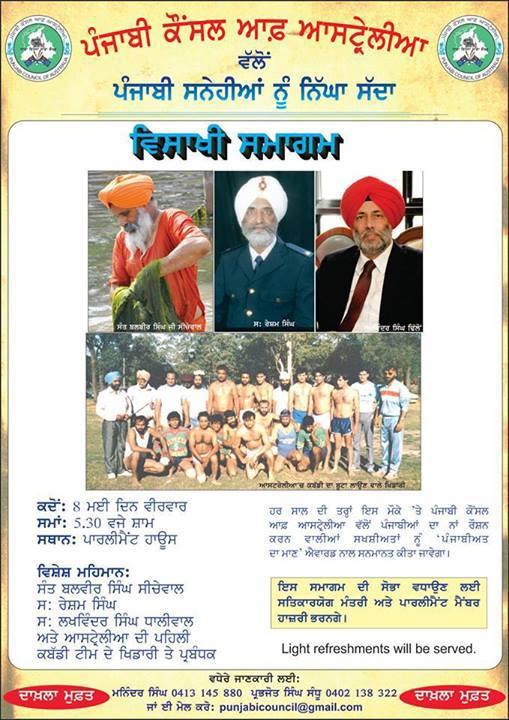 Please come and join us at the same function next week on 8th may.

You will have a chance to meet a great environment activist Baba Balbir Singh Seechewal along with first Sikh ambulance officer Sr Resham Singh, Honest Cabby Lakhwinder Singh Dhaliwal and members of the first Kabadi team Australia ever had.