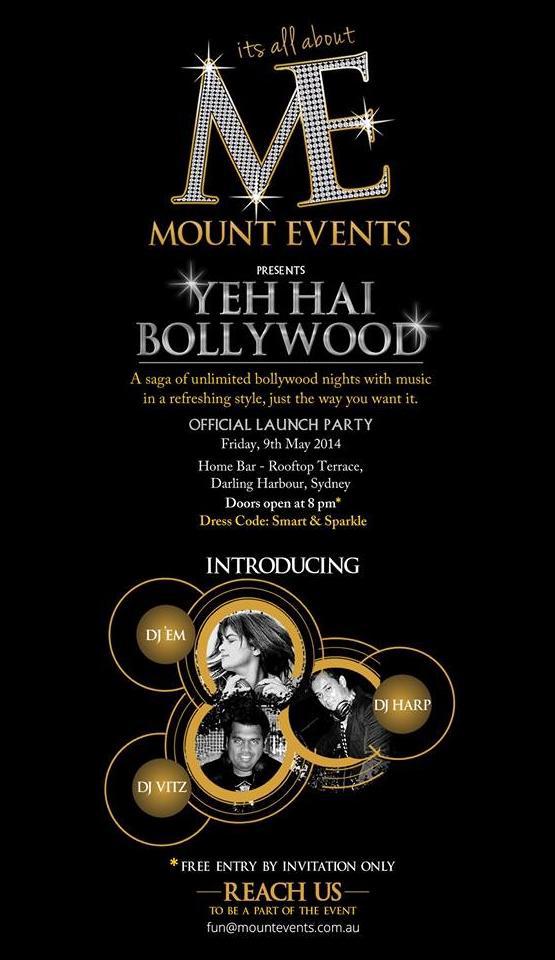 A saga of unlimited bollywood nights with music in a refreshing style, just the way you want it.

*Free entry by invitation only.