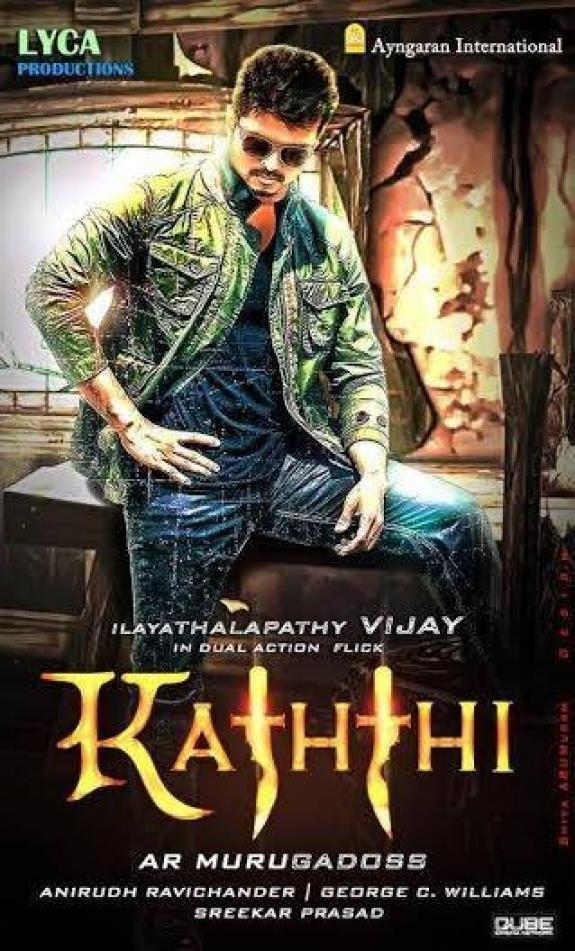 Kaththi (English: The Knife) is an upcoming 2014 Tamil action thriller film scripted and directed by AR Murugadoss. The film stars Vijay in a dual role, Samantha Ruth Prabhu, Neil Nitin Mukesh, who made his debut in Tamil cinema through this film, and Tota Roy Chowdhury. Anirudh Ravichander composed the soundtrack and score. Cinematography was done by George C. Williams, and the film was edited by A. Sreekar Prasad. Lyca Productions and Ayngaran International bankrolled the venture and Eros International purchased the theatrical and audio rights for the film. The film was voted the most anticipated Tamil film of 2014 in a poll conducted by Behindwoods. [Read More On Wikipedia]